The Robots Are Coming. No, Seriously.

For decades, science fiction has depicted humans interacting with robots. So? Where are these mythical computer-controlled, electro-mechanical automatons? It’s 2014, science. Let’s get it together.

Amazon’s December announcement of its plans to deliver packages via drone-like “octocopters,” along with tech giant Google’s acquisition of no fewer than eight robotics firms in the space of just six months last year (including military robotics maker Boston Dynamics, Japan’s Schaft and start-up Bot & Dolly), has many observers convinced that robots are now truly poised to invade (er, enhance) our everyday lives. 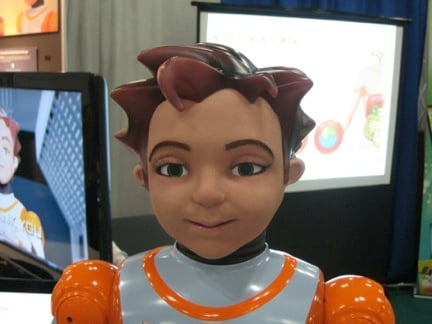 “The capabilities of robots and the contexts in which they can be used are continually expanding,” said Fred Margolin, CEO of Dallas-based social robotics developer RoboKind.

There are already millions of robots working away around the world, often unseen. They’re assembling products, cleaning sewers, detecting bombs and performing intricate surgeries. Google and Amazon seem to be looking to take these commercial robots and bring them to consumers’ doorsteps (literally, in the case of Amazon’s octocopters).

“They are around the corner waiting to be commercialized,” said Dean M. Aslam, professor of electrical and computer engineering at Michigan State University. “The technology for these is already developed.”

Recent technological advancements – including the development of better batteries, sensors, processers and building materials – are facilitating the evolution of more effective, robust, compact and affordable ‘bots.

“Robotics researchers and developers don’t need to spend all their efforts creating a new battery or sensor technology, they can focus on the intelligence of the system, which is what will really allow them to do amazing things,” said Dr. Ernest Earon, president and founder of unmanned aerial systems company PrecisionHawk.

While the specifics of Google’s robotics acquisitions are murky (the website of one, Holomni, states simply that it “has been acquired by Google and has stopped all external design work and product production”) and the seriousness of Amazon’s “drone” plans is open to speculation, experts expect that robots will enter the mainstream within the next decade. 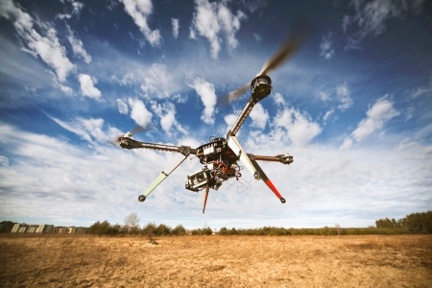 “I think that robotics will continue to proliferate, and with increasing speed, through our daily lives,” said Earon. “The biggest change that we will start to see is institutions and infrastructure being adapted to better accommodate robotics and take better advantage of them.”

Roads designed for autonomous cars are on the metaphorical horizon, for example, while ever-improving mobile data solutions are allowing remote systems to transfer increasingly colossal quantities of information in real time.

So just when will some bustling little android be fetching us snacks from the fridge?

“Not soon,” Earon said. “But will your robot vacuum cleaner be able to able to email you that it got stuck eating one of your socks? We just need to wait for the app.”

Read the entire article by Paul Rogers at drivethedistrict.com.