COMMERCIAL DRONES: Assessing The Potential For A New Drone-Powered Economy

by Marcelo Ballve for Business Insider 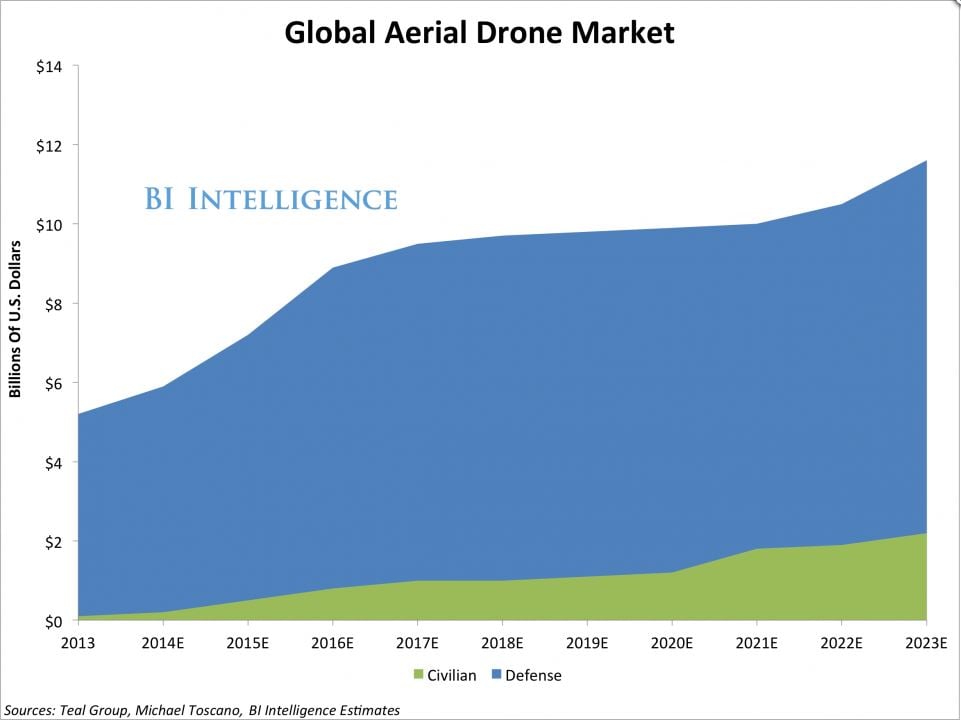 Not too long ago, when most people heard the word “drones,” they thought of unmanned military aircraft engaged in highly controversial clandestine operations. But when Jeff Bezos announced that Amazon was testing the idea of delivering packages via drones, he made drones with popular commercial application suddenly seem like a viable proposition.

We estimate that 12% of an estimated $98 billion in cumulative global spending on aerial drones over the next decade will be for commercial purposes.

While drones are unlikely to become a part of our daily lives in the immediate future,  they will soon begin taking on much larger roles for businesses and some individual consumers, from delivering groceries and e-commerce orders to revolutionizing private security, to changing the way farmers manage their crops — perhaps even aerial advertising.

In a new report from BI Intelligence, we size the commercial and military drone market to estimate how big the drone industry could become, and which industries are most likely to see drones become part of their business model in the next few years. We also look at what components industries, like GPS and sensors manufacturers, will be working to become drone-ready. And we assess how drone development will proceed in light of stiff safety and privacy concerns and regulatory hurdles.

Here are some of the issues and opportunities that will impact how the drone industry develops: