The commercial drone market is at an inflection point.

Prior to August 2016, corporations could not easily adopt drone technology. After all, it was against FAA regulations for a business to fly drones in the national airspace without receiving an exemption.

However, things changed in 2016, when the FAA came out with Part 107, stating that businesses can use drones as long as they follow a basic set of rules.

This opened up the opportunity for companies to launch their own pilot programs to test drone technology as part of their workflow. Since then, many of those pilot programs have grown into multi-million dollar enterprise-wide initiatives. We’ve seen our own clients’ efforts takeoff.

Today, the drone industry is on the verge of exponential growth. In fact, the FAA has forecasted that commercial drone use will triple by 2023.

But how will it get there?

“At PrecisionHawk, we’re focused on three key pillars - strengthening a public-private partnership, building our Drone Pilot Network, and advancing A.I. and machine learning,” said PrecisionHawk CEO Michael Chasen. “We believe each of these items will set the stage to achieve the exponential growth the drone industry has been waiting for.”

Chasen plans to develop a more closely coordinated public-private partnership in his new role as Chairman of the FAA’s DAC.

Founded in 2016, the DAC is comprised of executives from the drone and technology industries, as well as research, academia, and traditional aviation. They assist the FAA in setting the overall integration strategy and vision for UAS, identifying challenges and priorities.

In his role as Chairman, Michael will focus on the following priorities:

By focusing on these priorities, Michael—and the DAC as a whole—will help foster the forward-learning regulatory framework that can promote safety and innovation in the drone industry. 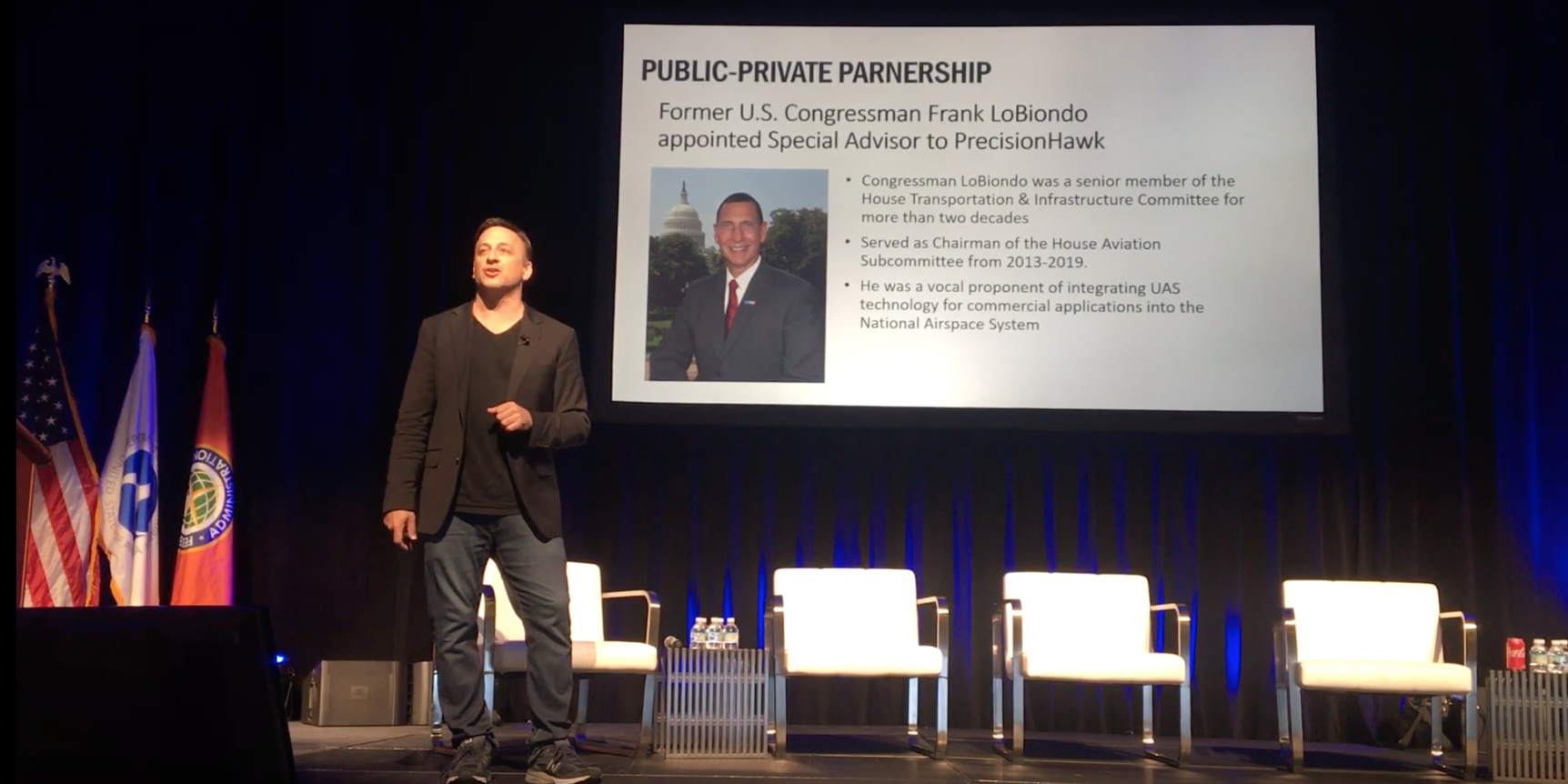 “Congressman LoBiondo has been an incredible thought leader and champion for the commercial drone industry and was the driver behind key legislative provisions to safely integrate UAS,” said Diana Cooper, Senior Vice President of Policy and Strategy at PrecisionHawk. “I have had the honor of collaborating with Congressman LoBiondo over the past several years. His expertise will be invaluable as we continue to work with regulators and other government stakeholders to advance our industry.”

Besides building a strong public-private partnership, there are a couple of other efforts that will contribute to the exponential growth of the drone industry. Namely, advances in the way we collect—and analyze—data.

One such advance is distributed networks of drone operators, which are allowing drone-based data capture to become faster and more accessible than ever before. With PrecisionHawk’s Drone Pilot Network, customers get immediate access to 15,000+ drone operators who are available to fly any site in the U.S. within 24 to 72 hours. This model enables companies to quickly collect the data they need, whether it be to complete a routine maintenance check of an asset or assess damage after a storm. 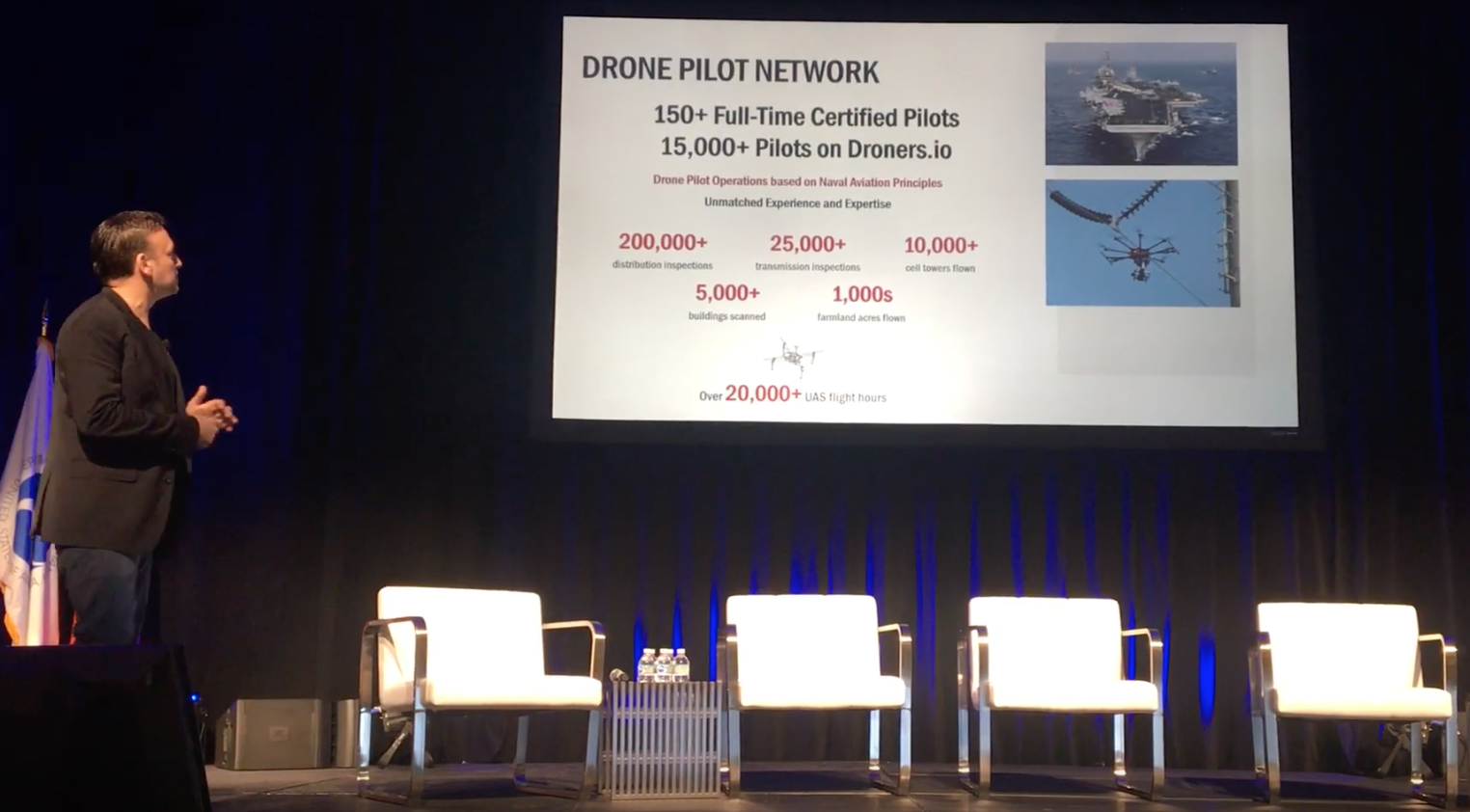 As advances like drone operator networks expand the scale of drone-based data collection, companies are producing a volume of data that cannot be efficiently processed without the aid of machines.

One A.I. solution is PrecisionAnalytics, PrecisionHawk’s newest aerial mapping, modeling, and inspection platform. It allows users to apply the latest generation of machine vision to their data and imagery, thereby automating analysis and streamlining reporting.

It’s simple to use. After a mission, drone operators upload data and imagery into the cloud-based system, which cross-references the uploaded imagery against thousands of terabytes of data, flagging issues. Machine vision technology then identifies imagery that presents priority issues and aggregates the data into an intuitive, web-based interface that’s accessible from anywhere.

It’s clear that a strong public-private partnership, as well as advances in the way companies can collect and analyze data, are building the foundation for achieving the exponential growth the drone industry has been waiting for.

Contact PrecisionHawk today to learn how you can take advantage of this emerging technology to transform your business operations.